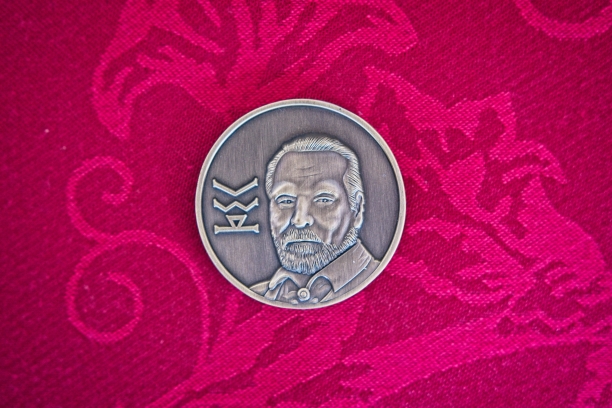 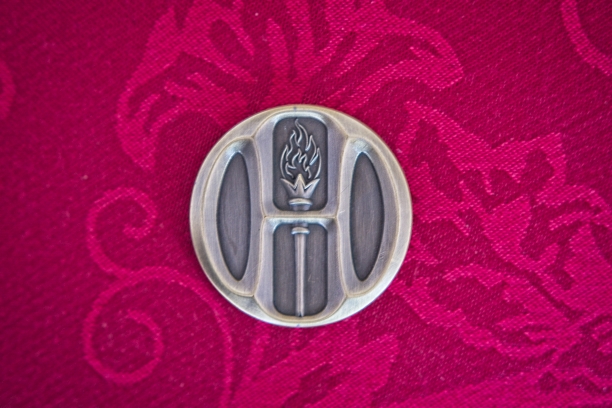 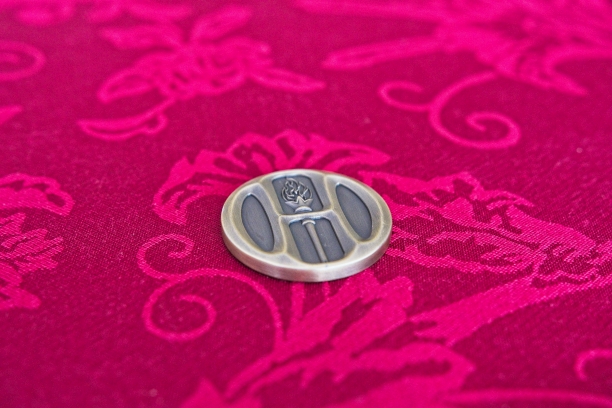 This high-quality coin was created by Frank Baxley. The coin shows Scott Jones, formerly a developer at Origin Systems and Portalarium. Scott was an Art Director and Concept Artist for Ultima IX and UI artist for Ultima Online and Shroud of the Avatar. Frank created this coin on the occasion of the 50th birthday of 'Scottie' Scott Jones. The coin weights 27 g / 0.95 oz.

Sir Cabirus: Just one question, what do the markings next to Scottie's face on his coin mean?

Frank Baxley: There is some ancient language, one of the first written languages, I don't know what it's called. That's his name in that script, and he signs his artwork with that symbol. The back is a symbol that represents seeking knowledge.

Scott Jones aka Lord Nimrond in conversation with Sir Cabirus in Austin during the HobLotH III event in 2016.