This high-quality coin was created by Frank Baxley for the 25th anniversary of the Ultima Dragons. This event was celebrated in 2017 in the USA, organized by Gallara Dragon and financed via Kickstarter. Everyone who supported the anniversary bash with $100 or more received this coin. 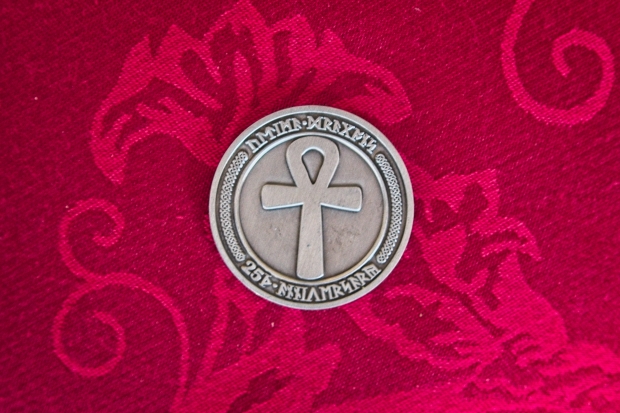 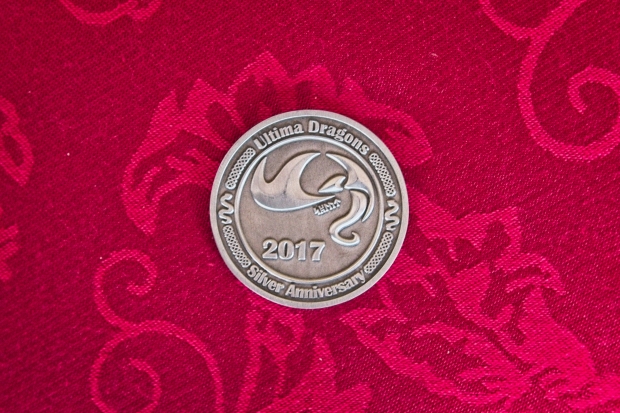 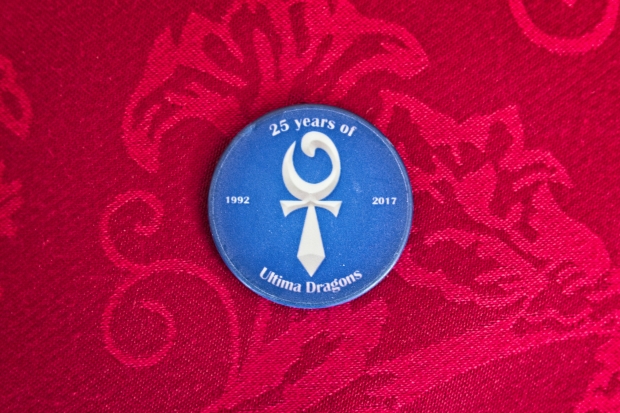 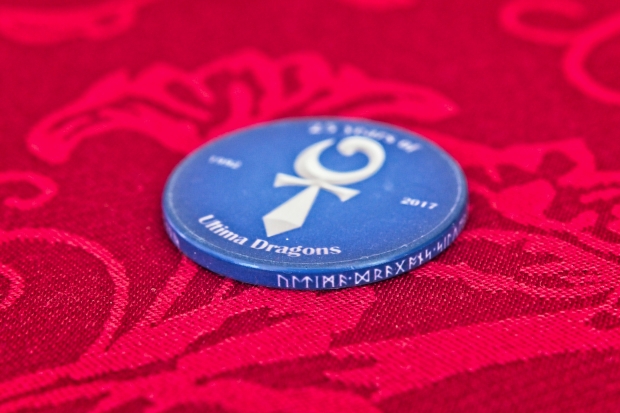 The runic writing on the edge of the coin reads 'Ultima Dragons Silver Anniversary'.