The monetary system of Britannia is based on Lord British's heraldic charge. It is a gold coin with a silver serpent cast vermeil upon the gold. The process is so difficult that the coin has never been successfully counterfeited or debased in value. This coin has been the foundation of the realm's stability and is universally accepted by merchants [1]. 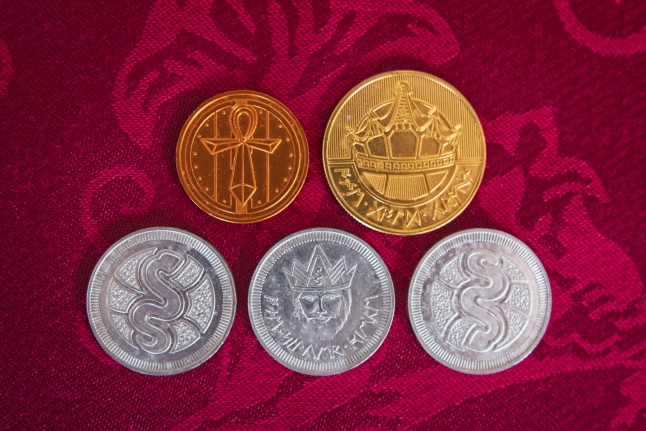 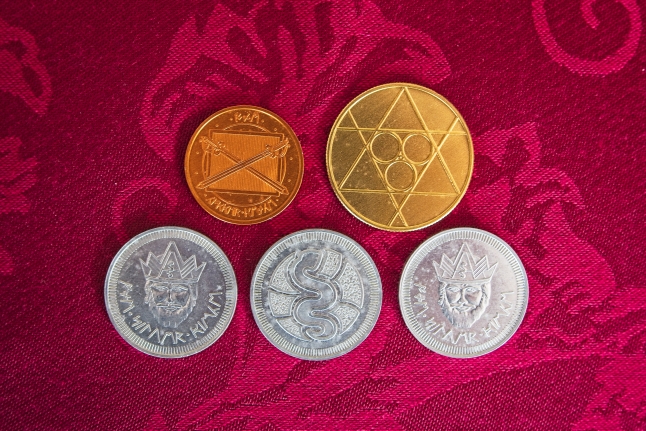 Teri: "Here, let me show you." She takes out a sample of each coin for you to look at. The pence has an ankh on one side, and crossed swords on the other. The silver piece has Lord British's face on the front, and a serpent on the back. And the gold crown is a familiar sight, with a crown and the symbol of the Codex. All three of them look newly minted - they're very shiny [2]. 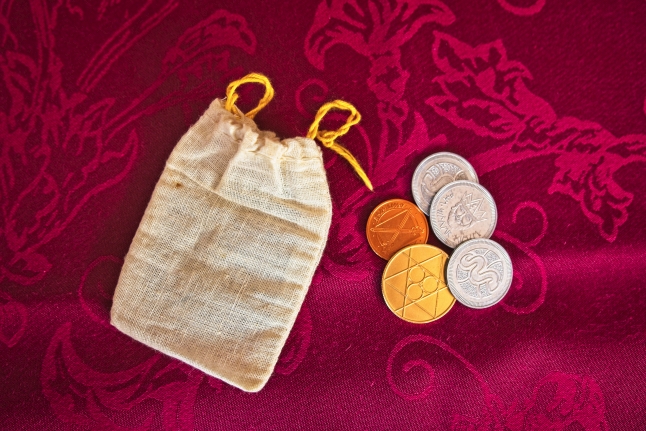 These coins came as collector's items together with a small pouch with the 1986 new edition of Ultima I. The coins are relatively small and with 12 g / 0.42 oz including the pouch quite light.